Yesterday in Astana, hundreds of housing campaigners approached the Parliament and Government buildings in the third national protest they have organised in the capital. After  remonstrating with officials they proceeded to try and hand in their appeals to President Nazarbayev.

They were soon  arrested and bundled into buses to be taken to court. By the end of the night, the leader of the ONJ (“Leave the People’s Homes Alone” campaign), Esenbek Ukteshbayev, had been sentenced to 15 days imprisonment and Kizdig Azhakulov, leader of the Shimkent campaign group, to three days. Ten other demonstrators were fined substantial sums of money. Everyone else received warnings against participating in protests.

However, today (2 October), the housing campaigners have been attempting to deliver their individual appeals in the box for letters on the square outside the president’s residence – Akord. Police reinforcements are not allowing anyone to approach this particular letter-box. 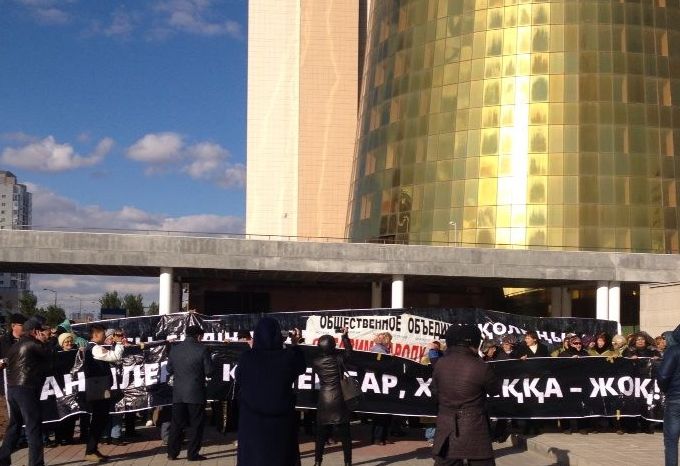 We appeal for letters of protest and support to be sent via embassies (http://www.embassypages.com/kazakhstan), calling for the release of those arrested and the granting of their  demands.